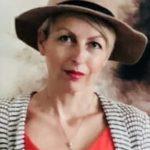 Well, VPNs aren’t just for investigative journalists and highly suspicious individuals, in fact, when you find out some of the cool things you can do with one, you’ll wonder why you’ve waited until now to jump on the cybersecurity bandwagon.

Whether you’re a whizz at Counter Strike: Global Offensive or on the brink of finally figuring out the strategy for DoTA 2, a good VPN service can revolutionize your online gaming experience, giving you a fast connection without any ISP interference.

The best VPN for online gaming is one that allows torrenting and has extensive server coverage to ensure high speeds and reliable connectivity.

Ever feel your YouTube viewing is being throttled? Get out from under the thumb of your ISP provider by installing a reputable VPN service that enables you to access and watch the latest TV series and movies without interruption. Gaining access to certain Netflix libraries requires a VPN capable of blasting its way through complex geo-restriction.

As Netflix continuously updates their blocks, the VPNs that were sneaking through last month aren’t necessarily the same ones that are gaining access today. Check out our recommendations at the bottom of the page for the top VPNs for Netflix streaming. 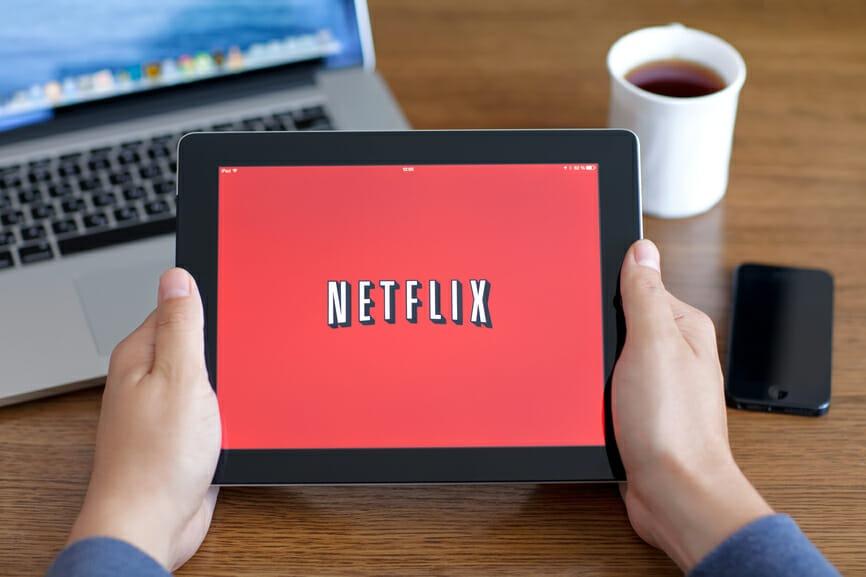 Many of us love exploring new countries and cultures, but missing out on your favorite TV shows is often the downside of traveling – but it doesn’t have to be!

A VPN can create a fake IP address for you, making it appear that you’re still in the US, even if you’re wandering through the Sahara desert. Of course, you may not get signal in the desert, but anywhere that you can get internet access, a VPN can give you the freedom to access shows and movies anywhere in the world. The best VPNs for travel are those with a global network of servers and reliable speeds worldwide.

4. The Wanders of WiFi

If you’re constantly on the go, the chances are you using insecure public WiFi hotspots to keep up with your friends on social media and even to do your online shopping and banking. In doing so, you’re exposing yourself to numerous online threats and leaving yourself wide open to cybercrime. A VPN can protect you from these vulnerabilities by hiding your real identity and IP address so you can surf anonymously.

The best VPNs for connecting to WiFi hotspots are those that provide a high level of encryption as these offer greater security against hackers and identity thieves. 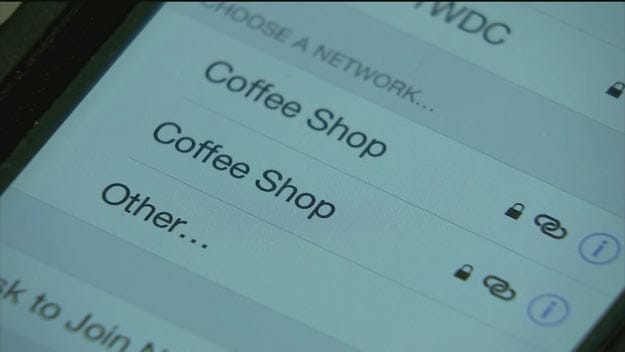 Not all websites are created equal and those specializing in car hire or airline bookings are cleverly designed, using geolocation, cookies and other methods to gather data. In doing so, these sites target you according to the information they’ve gathered, meaning that, depending on your location and other factors, they’ll offer different fares.

Using a VPN means that this information is unavailable so, not only will you get a better price, you’ll also avoid future advertising and other irritations. The best VPNs for online bookings are those with servers in several different countries which enable you to choose from a range of locations depending on your needs.

A little retail therapy can go along way and shopping while still curled up in bed with the cat is one of the best ways of indulging yourself. Unfortunately, shopping online is risky business, especially when you’re sharing your credit card details. Finding the best VPN for online shopping can be challenging.

Firstly, you need a reliable connection that won’t drop you in the middle of a transaction. You also want a VPN with a guaranteed no-logging policy and a solid encryption of at least 256 bits.

While we can all appreciate the need for copyright and censorship, sometimes catching the latest episode of Parks and Recreation is more of a necessity. Unfortunately, unless you’re situated in the US, you may find your access to streaming sites such as Hulu and Netflix is heavily restricted. Fortunately, VPNs can make it seem as though you’re in America even if you’re twiddling your thumbs in Moscow.

Getting through the geo-blocks and other restrictions can be something of an assault course, however, and only the very best VPNs manage to find a way through. The best VPNs for negotiating geo-restrictions are those with cutting-edge encryption, worldwide servers, and consistently high speeds.

8. Even Virtual Walls Have Ears

If you’re at home tootling around on social media, the chances are, no one’s looking. Try the same thing on a public network such as an internet café or airport, however, and you could be exposing yourself and your profile to numerous hackers and cybercriminals.

If you want to continue browsing without compromising your privacy, then you need a reliable VPN that can hide your device and encrypt your data. The best VPNs for this purpose are those with a high level of encryption and a commitment to user privacy. 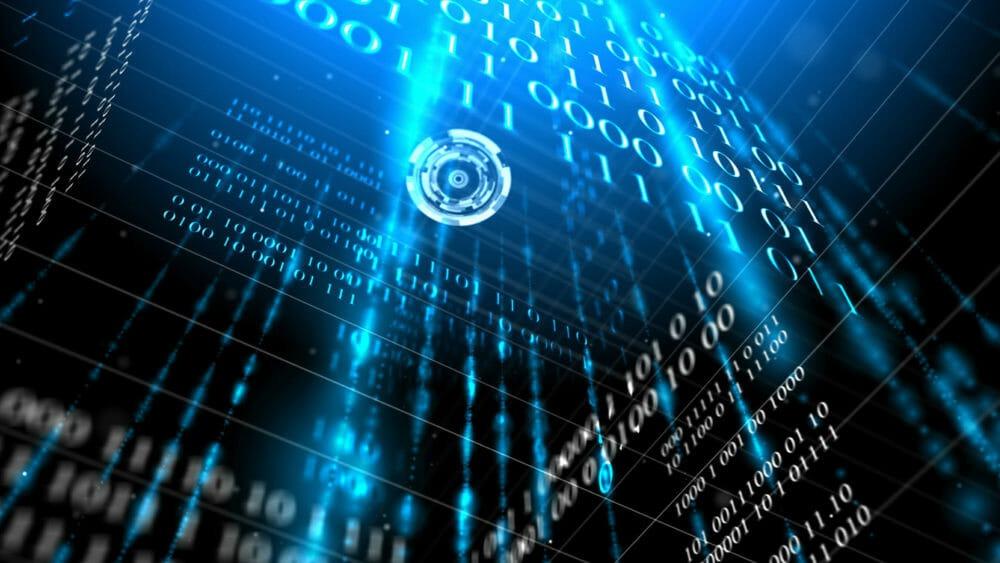 So, you’ve finally booked that holiday and are about to tick cycling the Great Wall of China off your bucket list. Of course, you want to share this once-in-a-lifetime experience with your friends but if you think you can just log in to Facebook and upload your holiday snaps from  Beijing, think again.

10. Check out the Opposition

If you’ve ever dreamed of being an undercover super sleuth, then using a VPN should give you a hint of a thrill. There are always times when we would rather no one was following us and never more so than when we want to find out what our business rivals are up to. Even the most innocent visit to a website leaves a trail so if you’re regularly checking up on the competition, you might want to use a VPN to pull the wool over their eyes.

The best VPNs for anonymity will hide your identity and your device behind a random IP address, giving you the freedom to go wherever you want without being tracked.

Facebook is the only social media platform blocked by the more censorship-happy countries in the world. Earlier this year, Algeria blocked all social media activity to combat a frenzy of cheating among high school students. Other countries, like Syria and Iran, also have stringent policies in place that heavily restrict access to social media sites such as Twitter and Instagram.

If you happen to traveling to a country with such restrictions in place, you might want to invest in an effective and reliable VPN service before you head off – or risk being cut off from the world for the duration of your trip. 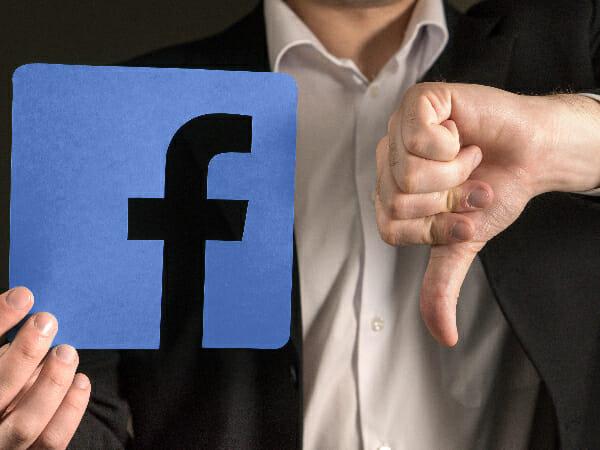 While you may have been using a Voice-Over-Internet-Provider, like Skype, for some years now, you’ve probably never considered the risk that you’re taking when you do. Although most VOIP services have pretty rigorous protocols in place to reduce the risk of cybercrime, as the criminals themselves become increasingly advanced, so the risks are on the increase.

One of the most common threats with VOIP is eavesdropping, while more serious concerns arise when a hacker floods the entire network, slowing down traffic and giving them access to sensitive data. By using one of the best VPNs for VOIP, you can protect yourself and safeguard your private information.

If you’re planning a business trip or holiday, you may feel inclined to tell everyone about but there are usually a few individuals you would rather remained in the dark. Thieves, for example, could have a field day in your empty home while you and your partner soak up the sun in an exotic location.

Similarly, if you’re about to seal a crucial business deal, you may not want your competitors to know about. One of the best things about a VPN is that it can make it appear as though you’re at home even when you’re on the other side of the world. 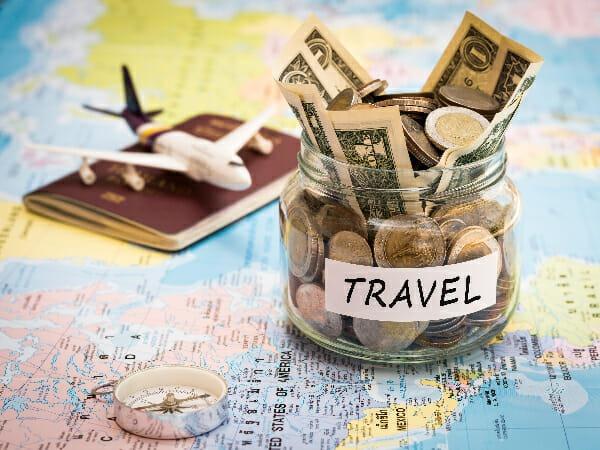 Although VOIP services are excellent for connecting you with friends and family in far-flung places, they are also quite happy to charge the earth for long-distance calls. A VPN can help save you money by enabling you to change your virtual location to one closer to the person your calling, thereby connecting you at a fraction of the cost.

Say, for example, you want to catch up with an old friend in London, you can use your VPN service to select a server in the UK and chat away at local rates instead of forking out long-distance tariffs.

Long before torrenting and social media took over our virtual world, UseNet was already hanging around, giving users the opportunity to share files, news and petty much anything else. Over the years, however, many ISP providers have blocked the site in an attempt to prevent illegal file sharing. Even if you’re not doing anything illegal, you may find the only way to access UseNet is via a reliable VPN.

Now you know what you can do with a VPN, it’s time to figure out which of the many services out there can deliver the ultimate in awesomeness. The following three companies are reputable and reliable, which is why we’re recommending them.

ExpressVPN is one of the big guns in the world of virtual anonymity and there’s very little it can’t do. Whether you want to chat on Twitter while cycling along the Great Wall of China or enjoy the latest episode of Mad Men on Netflix from your Beijing hotel, ExpressVPN has the answer.

With literally thousands of servers worldwide and some of the fastest speeds in the world, ExpressVPN is an obvious choice for anyone looking for the ultimate VPN experience. Easy to set-up and operate, with a 24/7 online customer support option in case you get stuck, ExpressVPN have powered their way to the top of the virtual pops.

Living up to the standards set by ExpressVPN is difficult but CyberGhost has come a long way since its founding seven years ago. While connecting from China is a little more complex than with ExpressVPN, once you’re connected, the world is your oyster.

With military-strength encryption, CyberGhost is one of the best VPNs for online shopping and connecting to public WiFi hotspots, keeping your identity secure while you spoil yourself with a new pair of shoes.

#3 – NordVPN – The Perfect Product from Panama

If security is of primary importance to you, then NordVPN is for you. Not only do they offer double VPN services, but they normal encryption coding is one of the best. With over 5,000 servers worldwide, you could travel pretty much anywhere and still get a fast and reliable connection, making NordVPN one of the best VPNs for travel.

Better still, because they’re situated in Panama, where there is no internet surveillance, you know your information is in safe hands. Those who want to track their rivals most recent developments can do so using NordVPN, knowing that their own activities remain untracked and anonymous.