The Best Cheap VPN Services in 2021 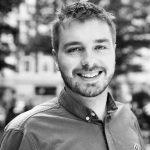 VPN’s are increasingly being used by people to keep their data safe online. They are also being used to get around content blocks at their work, school, or college, and to access geo-restricted content. With the increase in demand for VPNs, there is a growing number of VPN providers you can find online.

It’s important to understand that while a VPN does not have to be expensive (as some of the best available cost only a few dollars a month), you should avoid a completely free VPN at all costs. It’s well known that free VPNs do not provide the same security standards as a paid service, and your online data will be very vulnerable to exposure. Aside from lax security, the “free” service providers will typically sell your data to the highest bidder (be it advertisers, authorities, governments, etc.) so they can make some sort of profit.

We’ll talk you through our top 5 list of the best cheap VPNs, as well as what to look out for in VPNs, how much they cost, and why it’s always worth going for a cheap VPN over a free one.

The Best Cheap VPN Services at a Glance: Our Top 5

If you don’t want to read the whole article, here is our list of the top 5 VPN’s:

Although it is not the cheapest on the market, we would highly recommend Express VPN as the all-around best VPN in terms of privacy, security, lighteing-fast speeds, and its ability to unlock content all over the world (including high-cencorship countries).

How to Choose the Best and Cheapest VPN Service

With the increasingly high demand for VPNs, and with many people not willing to do the research, there is an array of poor-quality, yet expensive VPNs on the market.

Some of the best VPNs on the market are quite affordable, and a subscription won’t cost much more than a monthly cup of coffee. However, that doesn’t mean that you should have to make any sacrifices when it comes to quality.

High-Quality Security: High security is one of the most important things to be looking for when considering buying a VPN. The internet is becoming a more dangerous place to be leaving any valuable data. Even when a VPN is cheap, you should make sure it is as safe as it can be. You should generally be looking for 256 Bit AES encryption.

Quick Connections: There is no point in being able to access restricted content if the connection speed is terrible. You have to make sure that on top of having the best security, that you can also make sure that there is virtually no difference in speed between surfing the web normally and with a VPN.

Large Server Network: With VPNs, the larger the server network, the better. If your VPN has servers in many different countries, this will allow you to access a broader range of GEO-restricted content.

No Logs Policy: This is one of the most important parts of a VPN to look out for. A VPN should only ever keep a log of your email address and password. Even though VPNs are heavily encrypted, there is always still a chance that it will be hacked, leaving your data and browning histories vulnerable to attack.

Helpful Customer Service: Many cheap VPNs may have automated chatbots that will simply forward you to the FAQ page on their site. When paying for a VPN, you want to have access to real people who can answer your questions in real-time. Even some of the best, cheapest VPN services on the market can have a fault sometimes, and you always want to make sure you have someone on hand to help in those circumstances.

The Best Cheap VPNs at the Moment

Surfshark is one of the best cheap VPN providers on the market. We particularly like that it allows users to have an unlimited amount of simultaneous connections under one subscription. This makes it ideal for use by families and small businesses, whose members may need VPNs for different reasons, and from different devices.

Surfshark is dedicated to customer privacy, as shown by its strong encryption methods and OpenVPN protocol, as well as its kill switch feature and no logs policy. All of these features work in tandem with one another to make it one of the most secure VPNs out there.

It also has a large and vast network, with over 800 servers in over 50 countries, meaning it is perfect for accessing any geo-restricted content.  You can read our full review here to learn more.

CyberGhost is and fast and reliable, and allows you to connect up to 7 devices simultaneously.

This VPN has over 5,900+ global servers, meaning you can connect from anywhere in the world (except China).

CyberGhost has carefully situated its servers to ensure international coverage, even in often-ignored regions like Africa.

Nevertheless, CyberGhost manages to consistently navigate the advancing geo-blocks of Netflix, via its servers in the US. CyberGhost also has a strong no-logging policy and excellent customer support, making it one of our favorite cheap VPNs. Learn more about Cyberghost in our full review here.

NordVPN’s network of over 5244 servers means it has one of the widest range of networks out there. NordVPN also boasts market-leading encryption and advanced security options. With DoubleVPN, your data will be encrypted twice, giving you top-tier level protection.

Although NordVPN’s speeds are not the absolute fastest in the industry, it is a good choice for those living and working remotely.

NordVPN’s customer support is second-to-none. The consistency with which it navigates geo-blocks both in restricted countries and on harder sites like Hulu and Netflix is also seamless. Check out our full review to read more about NordVPN.

ProtonVPN has 628 servers across 44 countries. It also supports all the major platforms such as Windows, Linux, Mac, Android, and iOS. It is also easy to hook ProtonVPN up with your home router.

There are various pricing options to choose from, which start at $4 up to $24 per month, which allows up to 10 simultaneous connections. You can also opt for the freemium service which ProtonVPN offers customers, which gives you unlimited bandwidth and speeds with three country locations when it comes to servers including Japan, the US, and the Netherlands. You can only use one device with the free version though and it doesn’t support P2P file sharing.

Proton VPN has one of the most robust No Logs policy. This means your VPN connections remain private. Read more about ProtonVPN here.

To secure your account and make sure it’s you who is signing in, ProtonVPN stores a single timestamp of your account’s most recent login.

Tunnel Bear does not have as many servers as other VPNs with just 1,800 servers in 22 countries. However, that is more than enough for the average VPN user. It is compatible with all the leading platforms such as Windows, Mac, Android, and iOS as well as extensions like Chrome, Firefox, and Opera. It is an ultra-secure VPN, with top-of-the-range security as well as OpenVPN protocols, using the most secure tools on offer at the moment.

This VPN also has a feature called GhostBear, which will camouflage your VPN connection and help you get around even the strongest of restrictions, like the one found in China. There is a one-month plan as well as a yearly plan. The year-long option gets you half-price on what you would normally pay for a month. You can read our full review here.

What is the Average Cost of a VPN?

VPN’s can come with extremely high quality, without much of a price tag. Prices can range between $2 and $12 per month, depending on the features, network size, and speed of the operator. You can also often pay around $30 to $50 a year if you’re prepared to pay for a couple of years upfront.

That being said, a free VPN could leave a lot of your sensitive data, like your bank account details and address, wide open to bank account or identity fraud. You should think of a VPN as a form of online insurance.

Some of the best cheap VPNs have all of the features mentioned above, including vast networks, a no-logging policy, fast speeds, and top-notch security.

Free VPNs tend to not have these features. In fact, from most free VPNs, you can expect at least one of, if not all of, these characteristics.

Free VPNs do not exist simply out of the kindness of some coder’s heart. They have to make money somehow. Sometimes, this can be through irritating yet benign pop-ups, whereas sometimes they sell your data to third parties. It is also virtually impossible to tell which VPNs do this, as it’s not frequently advertised on their site.

How Safe are Cheap VPNs?

Even though we have covered some of the cheapest VPNs on the market, they are also some of the safest out there. They all boast 256 Bit AES encryption and a no-logging policy. You may well be using a VPN on public wifi. This makes you extremely vulnerable to data attacks, as well as cyber phishing and identity theft. Even if it has a cheap price tag, as long as your VPN boasts the proper security protocols and privacy policies, it will give you sufficient protection.

Conclusion: Is a Cheap VPN Worth Getting?

There are many reasons why you may be using a VPN. You may wish to circumvent a geo-restriction, get around a content block, or for security reasons.

In any case, a free VPN will only provide poor connection speeds, sub-par levels of security, and a small network. With the number of cybercriminals operating online today, you shouldn’t risk using a free VPN.

The VPNs we’ve recommended here are some of the cheapest around, and fortunately for you (and your wallet), they are also the best on the market when it comes to protecting your data.