How to Watch the UEFA Finals Overseas

The UEFA Champions league is fast and furious, with one goal scored, on average, every 30 minutes. That means missing a match or, more crucially, missing the final would mean missing out on several spectacular goals, not to mention the rest of the action.

Fortunately, for soccer fans all over the world, UEFA has granted broadcasting rights to a number of different streaming services and networks, meaning you can watch the UEFA finals overseas everywhere from Australia to the UK. US viewers can live stream the UEFA final on either TNT or Univision, both of which are available both online and with cable. A wealth of other international alternatives are out there, however,  and a VPN could be the key to watching the UEFA Champions League final free online. Let’s find out where you can watch and how a VPN could help you sneak you into a prime seat for free.

Where to Watch the UEFA Finals Online

Your location will play a big role in where you’ll end up watching the UEFA final this year. Of course, the most fortunate soccer fans out there are the 68,000 who have tickets to watch the final live at the Wanda Metropolitano Stadium in Madrid, Spain.

Meanwhile, the rest of us will have to make do with live coverage and, if you’re going to be in the US on 1st June and have an online streaming service like Sling TV or YouTube TV, you’ll already have access to TNT. If, however, you’ve yet to cut the cord, maybe now is the time to step away from cable and embrace the world of online TV? With the UEFA final just a few weeks away, you don’t have long to make sure you’re suitably connected so we recommend finding out how to watch the UEFA finals overseas as soon as possible.

SlingTV’s Orange and Blue packages both include TNT and, if you get your timing right, could be the answer to how to live stream the UEFA final for free. As SlingTV offers a seven-day free trial on all its packages, if you get your timing right, you could watch the mach on 1st June without having to pay for the privilege. With SlingTV’s current offers, you could also just sign up and get full access for just $15 per month.

FuboTV is a favorite among sports enthusiasts and is a reliable choice for getting the latest UEFA action as it has both Univision and TNT among its available channels, not to mention several BeIN sports channels and Turner Sports which will also be broadcasting some UEFA action. FuboTV is quite a bit more expensive than SlingTV but, if you’re a die-hard lover of live sports, it’s definitely worth it.

How to Watch the UEFA Final Online Free

Some lucky viewers in the UK will be able to watch the whole match for nothing, thanks to BTSport who will be broadcasting the final live on BTSport and on its BTSport app, as well as on YouTube. Unfortunately, if you try to visit the BTSport live page from outside the UK, you’ll get that familiar error message telling you that “if you’re not a logged-in subscriber you can’t view this content outside the UK”.

As luck would have it, however, a VPN lets you travel the world virtually without ever leaving the comfort of your favorite armchair so you could well watch the UEFA final free online from the US even if you aren’t planning a trip to the UK for the sake of it.

All you have to do is visit BTSport’s YouTube channel and sign up for free. Oh, but you have to do it from a UK IP address which is the challenging part – unless you have a reliable VPN, that is. The best VPN providers can make the world your oyster by creating a different IP every time you connect.

To get the best range of options, you want a VPN with servers all over the world so you can choose which country is going to give you the best viewer experience. Once you’ve established that, you also need to ensure our VPN has fastest enough connections that you’ll be able to live stream the UEFA final without any interruptions, buffering or lag time.

The following are the best VPNs for watching the UEFA final overseas because they offer high-speed connections globally as well as cutting-edge encryption, top-class security protocols, and absolute user privacy.

Like Barcelona’s shining star Lionel Messi, ExpressVPN is both fast and efficient and arguably the greatest VPN of all time. Just as Messi can breathe life back into a dying game with the touch of his boot, so ExpressVPN can give you a breath of fresh Facebook air even if you’re ensnared in the complex censorship rules of China.

ExpressVPN has proven itself relentlessly effective getting around geographical limitations and bypassing the most sophisticated of content blocks. Capable of unblocking sites as carefully locked down as US Netflix, ExpressVPN won’t have any trouble getting you access to live coverage of the UEFA final.

Users can expect lightning-fast speeds and secure connections from pretty much anywhere in the world thanks to ExpressVPN’s extensive global server network. With a watertight privacy policy and a dedication to zero logging, ExpressVPN is very much at the top of its league while its customer support gives each and every user the red-carpet treatment.

ExpressVPN gives you access to whatever content you want without tracking you or collecting information about your online activities. Enjoy free coverage of the UEFA finals with ExpressVPN’s 30-day money-back guarantee or find out more about its current form by reading our full review here.

At the start of the UEFA Champions League this year, few expected to see Tottenham Hotspur doggedly fighting their way through to the final. They have, however, and similarly, underdog Surfshark VPN has made it into our final four. As a relative newcomer to the cybersecurity scene, Surfshark has surprised many with its consistency, speed, and reliability.

Unlike VPN giants like ExpressVPN and NordVPN, Surfshark’s server network consists of just over 800 servers in 50 different locations. Compared to NordVPN’s 5,000+ in 60 different countries, Surfshark is tiny but it’s surprisingly powerful. Like Messi who, at 5’9” is one of the shorter players in the world of soccer, Surfshark proves that size doesn’t matter and that the old real estate agent’s adage, location, location, location, takes priority.

Going for quality over quantity, Surfshark VPN has positioned its servers carefully and ensured that it provides some coverage in every continent, bar Antarctica. It also delivers consistent and impressive speeds and has some tempting extra features designed to lure you in. Despite its rather austere interface, Surfshark’s service is lively and multi-faceted, with CleanWeb blocking adverts and malware, and MultiHop giving the added security of sending your traffic via multiple servers in different countries.

It might be new to the scene but it clearly knows its way around and we can see no reason why you shouldn’t sign up for Surfshark VPN today and ensure you can watch the UEFA finals overseas. If you’re not convinced, however, why not check out our review, and see if that doesn’t sway you?

#3: CyberGhostVPN – The Spirit of Security

Everyone looks for different things in a VPN and CyberGhost has targeted those who aren’t so comfortable with new technology and the latest software by creating a range of user-friendly apps that pack a serious cybersecurity punch. CyberGhost has made streaming particularly easy by setting up a serious of streaming profiles for top sites like Netflix and YouTube.

CyberGhost VPN hasn’t always had an easy time of it, however, and has gone to great lengths overhauling and updating its no-logging policy to meet with industry standards. CyberGhost’s headquarters are situated in Romania so it’s not under any legal obligation to keep records either. These two aspects combined make for a highly secure environment for your online privacy and promise to make you as invisible as a ghost!

Although it boasts an impressive server network and highly sophisticated cybersecurity technology, CyberGhost is lightweight, fast and easy to install and simple to operate. With a 24-hour free trial available for which you don’t even have to enter your name, let alone your credit card details, CyberGhost is definitely worth trying out.

Give CyberGhost a test drive today or find out more about what’s under its virtual bonnet by reading our full review here.

Defending champions, Real Madrid, have proved just how essential defense is on the soccer field, and NordVPN has a similar attitude to defending your privacy online. While Madrid’s record has been damaged somewhat after Ajax managed to squeeze four goals past keeper Thibaut Courtois earlier in the tournament, nothing will sneak past NordVPN’s robust AES-256 encryption and, if you suspect that it might, you could use its Double VPN feature to bolster its rear defensive line.

With such an enormous network of servers, NordVPN guarantees you’ll have access to almost every country from almost any location. This is ideal if you enjoy live sporting events as these are often restricted to the host country so, having a VPN with servers in more countries, quite simply means more live action.

NordVPN doesn’t so much speed as plod along which is it’s only negative. Its speeds are nonetheless workable and it will also warn you about malicious sites. This is particularly crucial when it comes to live streaming the UEFA final because of the proliferation of unsafe streaming sites. A study found evidence that suggested nearly half of all live streaming sites contain some malware or, worse still, malicious browser extensions.

If you’re more focused on security rather than speed, then NordVPN is a perfect choice. Sign up for this outstanding VPN today or find out more about its unique features in our full review.

If you’re thinking that, seeing as you’ll be at home live streaming the UEFA final on TNT via your FuboTV subscription, there’s absolutely no reason you need a VPN, well, more fool you. Not only does having a VPN mean you can watch the Rugby World Cup in Japan later this year, as well as the FA Cup final and, potentially even Wimbledon, it also gives you vital protection against online threats.

Millions of Americans’ lives are disrupted by cybercrime every year and, with identity theft becoming an increasing problem, everyone should do their utmost to maintain online security. A VPN is the best way to do this and will also give you the freedom to explore the world’s content.

The four best VPNs for live streaming the UEFA finals are some of the best whatever you have in mind. If you enjoy binge-watching Netflix, for example, ExpressVPN is a great way of doing it both safely and anonymously. If you want to save money by buying your airplane tickets in another country, Surfshark is a great option. Need protection while traveling? NordVPN is the way to go. Heading to China and want to stay connected on social media? CyberGhost is haunting you. 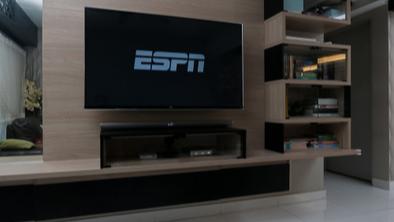 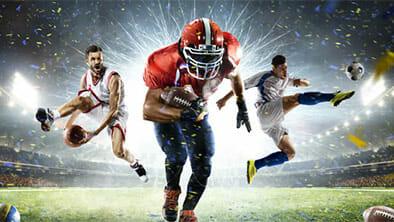 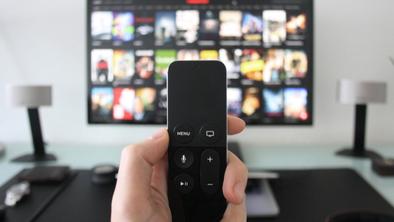