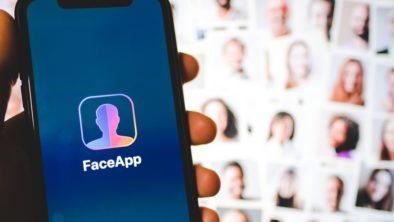 Written by Nicky Hoseck
Publish date July 21, 2019 Views: 801 Comments: 0
If you’re an avid user of social media you have probably come across images of your closest friends suddenly aging by a few decades. Even celebrities have taken a liking to the app with famous faces like David Guetta, James Gordon, Drake, and the Jonas brothers all wanting to discover how they might look in a few years.

The app that is causing both delight and disgust in people using artificial intelligence to alter your photo, making you look younger, older or even swapping your gender. Giving you insight into the future isn’t something that happens often so this app has taken the world by storm with social media users taking to the FaceApp challenge.

All you have to do is upload a photo or take one in real-time and upload it onto the app then wait for it to alter your features. This image needs to be given over to the app for it to function which is not unlike other similar apps, but it has raised concerns with users due to the terms about how your images can be used. Basically, you’re handing over complete permission for your images to be used in a public manner in the future.

“You grant FaceApp a perpetual, irrevocable, nonexclusive, royalty-free, worldwide, fully-paid, transferable sub-licensable license to use, reproduce, modify, adapt, publish, translate, create derivative works from, distribute, publicly perform and display your User Content and any name, username or likeness provided in connection with your User Content in all media formats and channels now known or later developed, without compensation to you,” the terms state.

Additionally, the Russian company who created the app has a privacy policy which clearly states that it can both collect and store data from your phone and further use that information for advertising purposes or other forms of marketing.

The app, which was created in 2017, was popular back then as well, having over 80 million users and contains an old privacy policy, but there is still some concern regarding the fact that the app has access to all of your photos, not just the ones you upload.

The worrying thing about this is that users are readily downloading the app without reading into the permissions first and probably not thinking about the fact that their face could end up on a billboard somewhere in the future.

In a quote given by the FaceApp founder, Yaroslav Goncharov said to Forbes,

“We only upload a photo selected by a user for editing. We never transfer any other images from the phone to the cloud. We might store an uploaded photo in the cloud. The main reason for that is performance and traffic: we want to make sure that the user doesn’t upload the photo repeatedly for every edit operation. Most images are deleted from our servers within 48 hours from the upload date.”

He also stated that users are able to request for their data to be deleted and that their information will not be sold or shared with third parties. However, users should be aware that within the FaceApp Privacy issues policy it does state that if they sell their business, your data as well as what you consented to will be going to the highest bidder.

“Facial recognition is rapidly becoming one of the key elements of digital identity and people should therefore consider protecting their facial image in the same way they should be protecting other elements of their identity, like their date of birth, tax file number, etc.”

This is not the first time facial recognition apps have caused a stir with personal security. Back it 2016 it was discovered that the FBI’s database contains 412 million photos of people who were never linked to any investigations, with the organization even having a whole unit that is in charge of facial analytics.

Social media giant, Facebook has one of the best and most accurate facial recognition systems in the world, which was launched in 2012 and kept as a default tool for most users. This resulted in the company being taken to court by various users, with that number only growing. The issue that many people have had with this feature is that it is very much one-sided, with little to no information as to how you can turn this option off.

Facial recognition technology is certainly something we will see more of in the future and has been proclaimed as a digital signature, one which could be used for medical, advertising, security and even banking purposes.

Imagine never having to take your bank card to the grocery store again. Just show your face at the checkout and your bill is paid.

Sound ridiculous? There are already credit card companies that are using this measure for added security.

“The security that passwords are meant to provide is compromised by the very nature of the fact that we have so many of them to remember, but with biometrics like face and fingerprint data, “the person is now becoming the password.”

Whether at the bank, airport, hotel or even on the sidewalk, people are now being monitored more than ever before. In China, facial recognition systems are being used to assess how trustworthy their citizens are with a new form of digital authoritarianism. One such citizen, Murong Xuecun, a social commentator and novelist has said,

“This is like Big Brother, who has all your information and can harm you in any way he wants.” He has criticized the government on Weibo, the Chinese equivalent of Twitter, but has had to face the consequences as well.

“My social-media account has been canceled many times, so the government can say I am a dishonest person,” he said. “Then I can’t go abroad and can’t take the train.”

So, how do you avoid this growing phenomenon taking over the world? Your first step would be to disable the facial recognition tool on Facebook. This can be done by heading into Settings, where you will find Face Recognition on the left-hand side. It has been noted, however, that not all Facebook users have this option available, so if it isn’t there, send a complaint to Facebook support.

If you still want to upload photos to your social media accounts, but don’t want them to be visible to facial recognition software there are tools you can use to stop this. FaceShield is one of those tools that will filter your photos before they’re uploaded.

This tool is currently only available online, but it is said to be launching as an app in the near future. Whilst it will protect you from some facial recognition software, it will not function successfully for all. Facebook is one of the platforms that FaceShield will not be able to get around.

In public, you will soon be able to distract facial recognition software by wearing clothing, which has “false faces” printed on them. The software then gets confused and is unable to differentiate your real face from all the others. Whilst the prints aren’t yet available, it is rumored that they will soon be on the market.

One of the best ways to avoid getting yourself in hot water especially when it comes to personal privacy is by using antivirus software both on your computer and smart devices including tablets and smartphones. By installing a reliable antivirus program, you will be notified before downloading apps with suspicious permissions and privacy policies.

The new #faceappchallenge is the latest trend on social media, allowing users to peek into the future and find out what they will look like in years to come. With millions of people using this app a few years ago, and now with celebrities taking part in the challenge, the use of the app has skyrocketed in the past week.

Security concerns regarding the privacy policy has caused a stir amongst users, many of which blindly download apps on their mobile devices without reading much into the permissions they’re allowing such apps. With the possibility of not just the images uploaded being used publicly, but also all other photos, people are scurrying to delete the app.

Undoubtedly facial recognition technology is becoming readily used not only when it comes to social media, but also in public spaces. Unfortunately, this is not something that we can control, but there are always options as to how much information you are distributing.

One of the best ways to keep a hold of your online privacy is to invest in a reliable antivirus program. McAfee, Avast and AVG are some of the best picks we have found that will not leave users vulnerable, but rather keep them completely secure with a high level of protection.