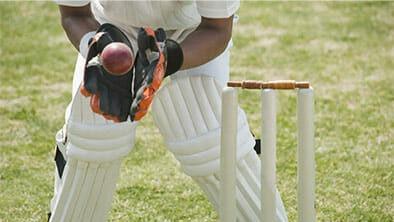 How to Watch Cricket Live Streaming From Anywhere

Written by James Milin-Ashmore
Last updated on March 31, 2019 Views: 547 Comments: 2
Whether international or Twenty20, there’s a massive audience for the various types of cricket broadcast on TV. With a VPN you’ll be able to bypass any restrictions to watch anything and everything online, and they’re not difficult to set up and get started with.

We’ll take you through the ins and outs of streaming cricket with a VPN, along with everything you need to know to begin.

ExpressVPN is our pick for streaming live cricket. Their speeds leave the competition trailing in their wake, while they have servers in key locations across the globe.

The Ashes is nearly back, and the rivalry between Australia and England hasn’t dampened over the past two years.

The 2017-18 series is due to start on November 23rd, with five different venues for each respective test match.

Heading into the first test, England will have to cope without the talents of Ben Stokes. He’s in trouble with both the law and the England and Wales Cricket Board after footage emerged of the player involved in a street fight, while he made headlines when another video leaked, showing him mimicking the disabled son of a British celebrity. (It’s not as bad as it sounds, but it’s not good by any stretch of the imagination.)

The loss of the all-rounder leaves his side at a big disadvantage, and they look likely to struggle in terms of retaining the Ashes once more.

Australia’s former captain Steve Waugh has warned that he thinks England won’t win without their star man. Their powerful attack looks likely to be enough to see off their rivals, with David Warner and current captain Steve Smith looking to get the majority of the runs when the teams finally meet.

Unfortunately, you might not be able to watch the Ashes online without using a VPN because of the various restrictions worldwide. We’ll take you through how to access live cricket streaming sites below.

Why Use a VPN for Cricket Livestream

The various forms of the game have been split up among various broadcasters, which means it can be tough to livestream cricket depending on your location.

For example, in the UK, BT Sport has secured the rights to show The Ashes in 2017. Even with an account, you can’t access their streaming channels from a different region as they block IP addresses from foreign countries directly.

With a VPN, you can change the location of your IP address. It can be used to fool websites (like BT Sport) into allowing you access easily, along with additional benefits. (There’s more to it than live cricket streaming sites.)

A VPN can be used to stream a multitude of different content and not only sports. Better still, it’ll keep your data safe while you’re online, ensuring that ISPs, governments, and anyone else won’t be able to get their mitts on your personal data and internet habits.

Despite its status as an international sport, cricket isn’t shown on TV as frequently as fans would like. It’s often easier to watch cricket online, via one of the broadcasters listed below.

Here’s a list of various broadcasters that have secured the rights to broadcast cricket in 2017:

Many have corresponding websites and apps that can be used from anywhere in the world to watch cricket online with a VPN. We’ll discuss how to do so below.

How to Stream Star Sports Live Online with a VPN

STAR Sports is an attractive option because of their digital platform. It’s also free to stream sports from their website. Despite their high-quality content, you’ll be unable to watch from outside their broadcasting range.

You’ll receive the following message when you go to their website:

‘The video is not working or not available in your region.’

We’ve prepared a quick guide for accessing their website from outside India.

It’s a simple process, with the toughest choice being which VPN to go for. To make it easier for you, we’ve prepared a list with four of the best VPNs to livestream cricket from anywhere in the world.

We’d highly recommend using ExpressVPN if you plan on watching cricket regularly. They have multiple high-speed servers located in India which are perfect for Star Sports, while they’re also highly reliable.

They are slightly more expensive than the majority of the competition but they’re well worth the asking price.

Their pricing is as follows:

As an alternative, NordVPN has the bonus of offering added protection compared to a typical provider thanks to their no logs policy and secure encryption. They also have servers located in India for Star Sports which can be assessed easily, making it a great option. They’re also the cheapest on the list overall.

Their speeds are quick enough to make them a great option as a cricket VPN.

If the other two don’t take your fancy, PrivateVPN ticks all of the usual boxes thanks to an Indian server location and decent speeds. They’re a great budget option if you want the best value for money from your VPN, and you’ll get an extra month free if you choose their yearly plan.

IPVanish is another competent VPN service, although they are one of the more expensive options. They have hundreds of servers to choose from, with the largest number from India (18) on the list.

They are worth the money, but we’d opt for the sheer speeds of ExpressVPN in a straight-up choice between the two. However, IPVanish is one of the best VPNs to watch cricket online free.

Check out our IPVanish VPN review.

Considering the difficulty of streaming live cricket online, there’s clearly a market for an easy method to do so.

Wherever you are in the world, you’ll always be able to keep up with cricket using a VPN.

< Previous How To Protect Yourself From Identity Theft On LinkedIn
Next > How Does Your Netflix Content Library Compare to the Rest of the World?

Want to watch from smart TV….

Hi Zaheer,
You will need a VPN in order to watch Cricket from your smart TV