What Can VPNs Do With Your Data? 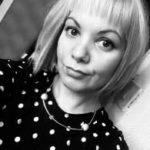 Written by Rebecca Lori
Last updated on May 9, 2021

One of the main reasons that people sign up to a VPN provider’s subscription plan is to protect their privacy. However, to do so, they need to choose a VPN provider that they trust with the very data that they are trying to keep private. To ensure that potential customers choose the right service for them, it is necessary to know what the companies can do with customer data.

In this guide, we look at the types of data VPNs can access, what they can do with this data if they access it and record it, what a VPN provider with a zero logs policy actually does in practice, and finally if using a free VPN is ever beneficial. Once we have investigated these issues, we look at the best VPN providers on the market with respect to both privacy, but also service – as both are needed to be a worthwhile purchase.

A great VPN with a zero-logs policy, is ExpressVPN.

The type of data that VPN providers can access broadly fits into two categories, though what data each VPN provider collects and records varies from company to company. While providers can keep records on both destination and source IP addresses as well as error logs, the main areas they record are connection logs and activity logs. A great deal of this data or information may seem quite superficial to most, however, if cybercriminals were able to get a hold of that data, it can leave internet users exposed to a great deal of risk.

In terms of the data collected regarding activity logs and connection logs, it is the information kept on a person’s online activity that is far more of an invasive assault on privacy by a VPN provider. Bearing that in mind, most providers stay well clear of keeping activity log records. That being said, many more are guilty of keeping connection logs, though it is widely thought that such records are mainly harmless and more often than not kept for under two weeks before being destroyed.

Activity logs are detailed records of what a VPN user did while online. This means that a VPN provider can record information like the websites a user visited, the files they downloaded, and any programs or protocols they used while online.

With regards to connection logs, these are more commonly recorded by VPN providers, but they use the records to better the service they are providing. This is down to the fact that they are able to investigate technical problems through the data kept in connection logs as well as being able to develop and enhance their network protection.

A connection log is a record that holds data on when a connection began and ended, a computer’s IP address, the new IP address that was given to that computer and then also the amount of data that was used during that connection. If a VPN provider does hold this type of information, it is more usual for the data to be deleted after 15 days, though some do keep them for longer. It’s a good idea to double check this before signing up to any lengthy subscription deals.

What Can VPNs Do With Your Data?

While it is all very well knowing that a VPN provider can collect your online data and record it, it is also necessary to know what exactly they can do with that data once they have it logged. While users who employ a VPN to participate in illegal activity online can obviously be found and prosecuted by the relevant authorities. Logging online activity and connections can also have repercussions for the average user who simply browses the internet for perfectly legal reasons.

From the outset, it is important to realize that the online data that a VPN provider can collect becomes a precious commodity to some third parties. This is because it is possible to build up a picture of a person as a consumer for them to then be targeted in terms of marketing and advertising. VPN providers can, therefore, make a great deal of money from selling that data to third parties for them to then use how they see fit.

This is why, even when you are the average internet user, you will always want a company with a zero logs policy.

We see it as necessary for a VPN to have a zero logs policy to be worth signing up to on a provider’s subscription plan. It means that customers will not be victim to their data being breached if a VPN provider’s systems are hacked or there is a leak of some sort. It also means that VPN providers cannot sell your data either, which some most definitely do.

Remember that data logging is when a company keeps records of a customer’s data and online activity. They then save these records for use at a later stage. Some VPN providers are transparent about what data they do record, while other (and most likely free) VPNs simply do not make it obvious what data they do track and record when it comes to customer online activity.

VPN providers with zero logs policies, like ExpressVPN, does the exact opposite of this. It admits from the outset that they will keep absolutely no record of a customer’s online activity in any way. This not only further protects a customer’s privacy, it also acts as a great signal to a potential customer that a VPN provider is reputable and legitimate. As a consequence of a no logs policy, customers cannot be victims of a data leak.

The Dangers of a Free VPN?

Free VPNs are an extremely attractive prospect initially because you seem to be getting some great software, totally free of charge. However, it does not take much to expose free VPNs as limited in scope and not a good idea to use in terms of user privacy.

In terms of service, free VPNs are limited as they simply cannot have the number of servers necessary to have a network that can provide a consistent connection to its users. This means that users are often subjected to browsing sessions that are slow and prone to buffering when streaming video content.

However, it is when it comes to customer data that free VPNs really start to lag behind paid for VPNs in a material way. Given that VPN companies have to make money somehow if they are providing their larger product for free, they have to turn a profit elsewhere. This can mean that to earn revenue some free VPN providers will sell customer data to third parties. While this practice cannot be purely aligned with free VPNs, it is simply that much more likely for it to happen and so makes taking the risk of using a free VPN much more dangerous. Most of us do not do anything that is worthy of hiding on the internet, but that is not to say that we want anyone to know what we are up to anyway.

Plus, your data is an extremely attractive asset to many companies as it allows them to target you in terms of your consumer behavior as well as giving companies your email address so that they can spam you among many other annoying marketing tactics and ploys.

Given that the majority of us sign up to VPNs to avoid these types of marketing ploys in the first place, signing up to a free VPN makes little sense.

Paid VPNs are therefore a much better idea to use. Not only do they have the network to support providing customers with a decent connection to servers all over the world, they also work towards improving your privacy. They don’t use their service as a way to gather consumer information on their customers that then becomes a sellable commodity.

Staying secure as well as private while online is becoming more and more important to more and more internet users. This can be for several reasons, but a big one is that people tend not to like the thought of being spied on or having records kept on them – regardless of whether they are up to no good or simply using the internet for legal reasons.

Yet record keeping of online activity is becoming far more common which is one of the reasons VPNs will continue to soar in popularity. For while VPN providers can log activity from their users, so can Internet Service providers or ISPs. In fact, in the States it is now actually required by ISPs, by law, to keep records of every single user’s online activity for at least six months. Many feel this is an invasion of their privacy and an assault on their human rights.

VPNs that employ a no logs policy are a fantastic way round this as not even an ISP can see what a user is up to once they have connected to a VPN server. Bearing this in mind, using a VPN that has strict approaches to keeping records, but also providing a quick and consistent connection becomes increasingly more relevant.

< Previous The Best VPN Services in 2021
Next > Incognito vs VPN