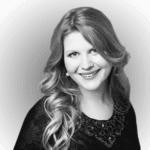 Written by Lindsey Kennedy
Last updated on May 11, 2021

Virtual Private Networks (VPNs) give you a way to connect securely to another network even if you’re nowhere near it.

In business, that’s often used to give employees access to the internal network even when they’re not on site. When it comes to personal use, connecting to the internet via a VPN means you can be totally anonymous, not only concealing who you are but also where in the world you’re connecting from.

There are a bunch of reasons you might want to do that.

… Or perhaps you just want to watch US Netflix or BBC iPlayer while overseas.

When it comes to digital privacy, the best types of VPN use OpenVPN.

This is an open-source encryption protocol, meaning that it’s free and open for anyone to use and customize in their own VPN tools – which is great because OpenVPN is super flexible and can be implemented in all different ways.

A major plus point is that OpenVPN supports all major operating systems, including Windows, Mac, Linux, Android, and iOS as well as lesser-used ones like Solaris, QNX and Windows Mobile. That means you can install and use it on just about any desktop or device.

Security features are superb, with up to 256-bit encryption via OpenSSL and the ability to share private and public keys.

Without further ado, let’s dive in and take a look at the four very best VPNs for OpenVPN options we’ve seen (and bear in mind, we’ve reviewed over 150 VPNs on this site, so you can be sure these are the cream of the crop!) 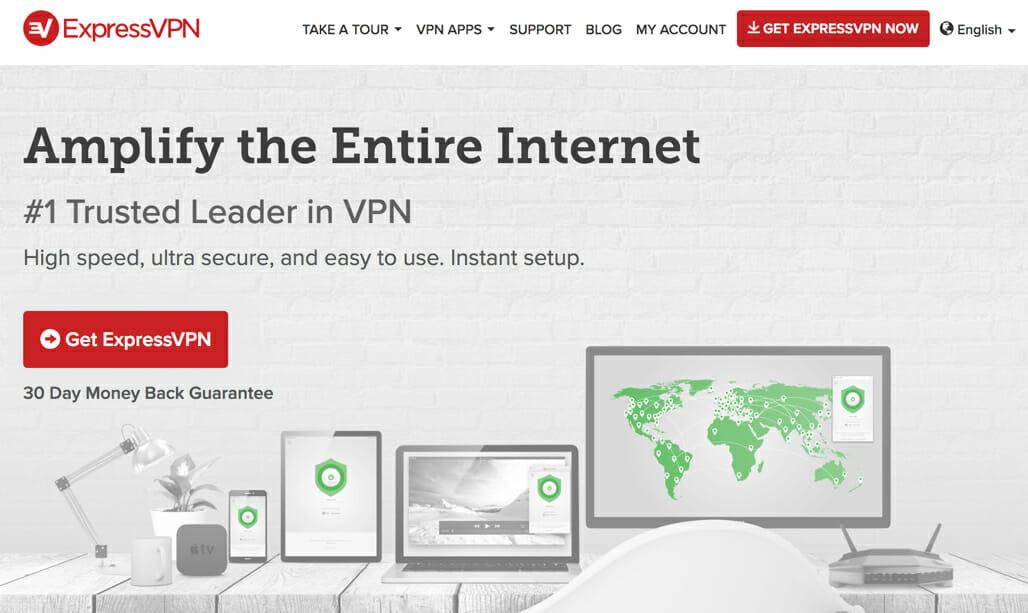 Year after year, ExpressVPN earns a top spot in reviews… and this one is no different. At 9.8, it’s almost impossible for any competitor to beat.

ExpressVPN takes security so seriously that it actually goes well beyond the minimum standards we talked about above.

Not only is it impossible to penetrate, ensuring you can browse, share and communicate with perfect anonymity, it also keeps no usage logs and has a watertight privacy policy. There’s little risk of it starting to, either – being based in the British Virgin Islands, it’s under no legal obligation to store logs. That means there’s no record anywhere of what you chose to do online. This is something that not every VPN commits, or can commit to ensuring!

Streaming is super speedy, even for HD video. With IP addresses in 94 countries and the ability to unblock pretty much anything, you can access content all over the world quickly and easily with minimal delay or interruption. It’s highly reliable and stable.

Other great features include DNS leak protection, stealth mode, and a kill switch. You can install it on more or less any device and use it to protect your privacy at home or on any public WiFi connection.

With such an awesome package on offer, it’s little surprise that ExpressVPN has become so popular all over the world. The great news is that this hasn’t diluted the service at all. The company has managed to scale up effectively to meet it’s growing client base.

One of the few downsides to this VPN is that there’s no phone support available. However, you can get in touch with their technical experts round-the-clock using live chat, email or an online contact form.

Plus, if you prefer, there’s a huge array of tutorial videos and guides to help you figure out the problem on your own. These range from simple stuff like setting up applications through to deep-dive stuff like verifying the integrity of installation files.

If all that doesn’t put your mind at ease, there’s also a 30-day money-back guarantee… just in case anything does go wrong.

If you end up loving ExpressVPN, the company offers a SPECIAL DEAL to Secure Thoughts readers: 3 months free (49% savings) on their annual subscription plan.

Where It’s Based: British Virgin Islands

Newcomer Surfshark recently burst onto the scene in an impressive blaze of glory. There’s been a lot of buzz about whether this company deserves to sit alongside industry-leading VPNs… and we can confirm that, while it’s still catching up in some respects, it absolutely deserves its place among the big hitters.

Boasting 500 servers across 50 countries and unlimited simultaneous connections, the company offers awesome global access from as many devices as you like, all from the same account. You can unblock Netflix and BBC iPlayer as well as many other major streaming sites.

Surfshark keeps no logs, ensuring total privacy. Torrenting is also permitted on all servers and P2P traffic is automatically routed via specially configured servers in Canada or the Netherlands.

What’s more, the app itself is a joy to use. The interface is straightforward to navigate, clear instructions from start to finish mean it’s a breeze to follow the download, installation and setup processes. Even if you have little technical experience you should be able to tackle this with ease.

One interesting and unusual feature is Surfshark’s split tunneling option for Android and Windows apps. This allows you to exclude certain apps and websites from your VPN without switching it off completely. Note that, at the moment, you can’t use it on Apple devices, though.

Note that the service is certainly fast, but it’s not quite as impressive as some other competitors. Giving that this is still a young company, it also remains to be seen whether they’ll manage to keep up with a growing user base without this having a negative impact on their speeds. So far, the company has managed to impress, so here’s hoping that they continue to do so as they expand.

There’s round-the-clock support, too, and a 30-day money-back guarantee, so you can always try it yourself and see if it keeps up with your demands.

Where It’s Based: British Virgin Islands

NordVPN is another firm favorite that earns a near-perfect score from us, for several very good reasons.

First of all, it brings extremely impressive speeds and performance to the table. Privacy is top notch, using a strong OpenVPN implementation that exceeds the minimum requirements we outlined above.

No logs are kept on users. The fact that it’s based in Panama, where privacy laws are extensive and strictly enforced, is another plus.

If you’re using NordVPN, you can rest assured that no one is snooping on what you’re up to. There’s also an excellent DNS service thrown in for free.

What’s more, you can torrent to your heart’s content and stream video content from all major services, all over the world, including Netflix and BBC iPlayer. Servers are located in 58 countries, giving you plenty of choice and access.

When it comes to customer support, NordVPN really shines. You can reach out 24/7 via email or live chat. The swift, helpful responses from in-house tech professionals demonstrate deep knowledge of the product and have earned the company rave reviews from customers. This more than makes up for a lack of phone support!

Lastly, you get a three-day trial to test the product alongside the standard 30-day money-back guarantee. That’s plenty of opportunities to figure out if it’s right for you!

Where It’s Based: Panama

How Does an OpenVPN Work?

OpenVPN encryption uses a data channel to encrypt the VPN user’s internet traffic and a control channel to handle the exchange. Along the protocol are four important standards: the cipher, handshake, authorization and Perfect Forward Secrecy (PFS) The latter means that unique private encryption keys are generated for each session and only that session.

To meet our minimum encryption standards for recommendation, a VPN using OpenVPN needs to use a AES-256 cipher with RSA-2048 handshake key and HMAC SHA1 hash auth. It also needs to enforce PFS.

Why Go for OpenVPN?

OpenVPN is just one of several possible protocols, but we consider it to be the best because it’s fast and extremely secure. No one can snoop on your data.

In fact, if the VPN provider is using the minimum standards set out above, not even government intelligence agencies can peek into your business!

What Can I Do with an OpenVPN?

Having a super-strong, OpenVPN encryption guarantees your privacy. You can access whatever you want online, from anywhere, without being watched.

As well as researching without looking over your shoulder, you can share information with others securely and privately. It can’t be traced back to you (at least, not through your internet usage!).

That’s the more dramatic end of what you can do with a VPN. On a much smaller scale, you can simply bypass the irritation of losing access to everyday services when you go abroad.

For expats or tourists, this means you can access on-demand video from streaming sites like iPlayer and Netflix while you’re overseas. For business travelers, this can mean being able to get into important documents in Google Drive while you’re in a country like China.

Basically, with the right VPN supported by OpenVPN encryption, you can do whatever you need to do online without interference by gatekeepers. You can do all this knowing that your connection is private. You’re not being watched, your activities aren’t being recorded, and they can’t resurface to embarrass or threaten you.

As we’ve seen, when OpenVPN is implemented correctly, it’s by far the best protocol for your VPN software. It’s tried and tested – and proven to provide excellent security and privacy.

The four VPNs we’ve selected for this article use state-of-the-art implementations. That means they’re super secure and truly impenetrable by any organizations that might want to spy on what you’re up to.

Plus, since they don’t keep activity logs, there’s no way of tracking your actions online after the fact. This is incredibly important as many users of VPNs don’t realize that a lot of VPNs do keep logs, meaning that their time online is not always a private or protected as they think.

Not only that, these VPNs are all rated very highly for their performance. Some are faster than others, but all offer a decent speed at the very least.

All come with excellent privacy policies and a vast range of servers around the world, opening up your access to an incredible array of content and data, which you might otherwise be restricted from viewing.

The precise features they offer vary, but it’s fair to say that they all provide an excellent selection. The key is to recognize that each has different strengths. You can’t compare them all like-for-like. Instead, you need to think carefully about what you want from your VPN and choose one that comes out top for those particular factors.

For example, are you more worried about which services you can unblock, or how fast you can stream the services that can be unblocked? Would you prefer the company to be based in a particular country, or are you more interested in which countries it has servers in?

Last but by no means least, don’t forget that all four of these programs come with money-back guarantees. Use them! With nothing to lose, why not try out a few different ones and see which one works best for you, which are fastest for the server locations you want, and which you find easiest to navigate? Using a VPN is all about securing yourself against risk, so take advantage of this benefit right from the moment you sign up.

To be able to use the internet securely, maintain your fast internet speed and also use the best OpenVPN based software, then get ExpressVPN now.