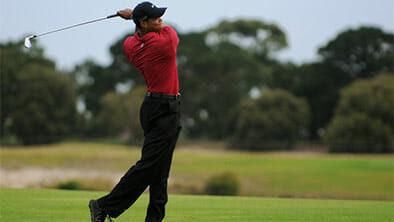 How to Watch the PGA Tournament Overseas

Written by Lyndon Seitz
Last updated on May 23, 2019 Views: 547 Comments: 0
Summary:  With the PGA Tournament starting soon, it’s time to figure out how you’re going to watch, and depending on where you’re located, it may be harder than you think.

If you don’t get access to the channels broadcasting the event, your IP address could keep you from even streaming the tournament online.

If you use a VPN, you can trick servers into thinking you’re somewhere you’re not, and watch the big event no matter where you are.

A VPN blocks your IP address and routes your connection to a remote server, opening up your access to blocked or geo-restricted content.

For the fastest streaming of the PGA Tournament, get Express VPN right now.

The 2015 PGA Tournament is going to be starting soon, with the beginning rounds starting August 10th in Kohler, Wisconsin.

As the champions gear up for the world to watch one of the biggest golfing events of the year, fans the world over are looking for ways to stream the event online.

The Golf channel, and CBS Sports will be broadcasting the event live, but if you don’t get those channels in your cable or satellite package, you can always stream them online, right?

Not necessarily. When you access online content, servers pick up your IP address, and use that information to determine your geographic location.

If you’re in a country without access to these networks, even their online streaming won’t work for you.

If you’re on a restricted network, or just in a place that the channels don’t have broadcasting agreements in, you’ll need to use a VPN to stream the tournament.

If the term is new to you, don’t worry, it’s nothing too crazy technical. VPN is an abbreviation for virtual private network, and it’s a subscription service offered to users for a monthly fee.

VPNs are used to protect your data, secure your connection, and give you access to blocked content. Here’s how it works:

All of this works to not only give you privacy and security, but a truly anonymous connection, and access to any content that would be available to you if you were in that server’s country.

There are a lot of options for VPNs now, and it can be really difficult to sort through the duds and know which ones are actually going to be good enough for streaming.

Here are a few of the most popular ones on the web, and how they compare.

Express VPN is one of my favorite VPNs, no question. They have the fastest, most reliable connection I’ve ever used, making them perfect for streaming live events.

What’s really great is they include unlimited bandwidth with all of their service plans, so you never have to worry about hitting a monthly cap.

Express VPN’s software allows you to have up to two simultaneous connections, which means you can use their VPN on both a home and mobile device under one account, without having to pay extra.

Plus, their software is compatible with all operating systems, so you can use them on anything from an iPhone to a Windows laptop.

If you’ve never used a VPN before and aren’t sure if it’s for you, Express VPN is a good one to start with too, because their software is very user-friendly.

There are options for optimizing your connection, but not an overwhelming amount, so using it is very straightforward.

If you do run into problems, Express VPN is all about taking care of their customers, with:

ExpressVPN even has a referral program that gives you and a friend a month of free service when you get them to sign up – a feature totally unique  to this company.

I just can’t say enough good things about them – if you need a VPN for anything, but especially streaming the PGA Tournament, ExpressVPN is unbeatable.

For reliable all-access streaming of the PGA Tournament, get Express VPN today.

Okay, so that headline right there might have stopped a few of them in your tracks – a VPN that won’t work on mobile Apple devices?

Yep, unfortunately, IPVanish’s software isn’t universally compatible like ExpressVPN’s – it will only work on Windows, Mac, Android, and Linux devices, not on iOS.

However, if you’re not using an iOS device, their connection is really fast, so it’s another good one for streaming and downloading.

Their service plans, like Express VPN, also come with unlimited bandwidth and two simultaneous connections, so they’re a great value as well.

Their customer support falls a bit short though. Even though their staff are 24/7, there are no live ways of getting in touch with them, so if you run into problems, you’re pretty much on your own.

E-mails usually take a few hours to get a response on, so support is far from instantaneous. In addition, IPVanish’s money back guarantee is only one week long, and they don’t have a referral program.

So there are some drawbacks to using IPVanish, no doubt about it.

However, if you feel like their limited support isn’t going to be an issue for you, and you don’t need a VPN for a mobile Apple device, consider giving IPVanish a try.

IPVanish can be found at this website, you can read more regarding IPVanish here.

Though HideMyAss is a pretty popular VPN, it’s not one that I can really go crazy with recommending.

It has some of the same features as Express VPN, like unlimited bandwidth and multiple connections, but the quality of their connection and customer support doesn’t come close to comparing.

Any time I’ve ever used HideMyAss, the connection has always been terribly slow – streaming Netflix, downloading music, it was all just tedious and mind-numbing.

Plus, just when you get things going, the connection decides to drop on you, and you’re back to square one. It’s absolutely infuriating.

On the surface, HideMyAss would appear to have some amazing customer support.

They actually have phone support in addition to live chat and e-mail. However, the wait times on e-mail support are considerably longer than with Express VPN – at least 12 hours.

Even their live options either have you on hold or waiting for ‘the next available representative’ all the time – it’s far from instant help.

Honestly, unless you just can’t connect with anything better, I wouldn’t even bother with HideMyAss.

Express VPN offers all the same features, with a much better connection and customer support.

HideMyAss is here, you can read out full HideMyAss review here.

Even if you’re in a country with access to online streaming, be honest, can you watch it under your desk at work with those network restrictions in place? Probably not.

Express VPN will let you watch the tournament totally anonymously, and secure your connection from unauthorized third parties along the way.

You’ll get unlimited bandwidth, multiple connections, military-grade encryption, a fast and reliable connection, all backed by a 30-day money-back guarantee.

For the best of everything, you just can’t go wrong with ExpressVPN.

< Previous Best VPN for Germany
Next > Best VPNs for France