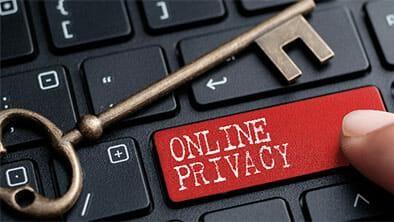 VPN vs Smart DNS: Which is the Best for Online Privacy?

Written by Fiona Marcus
Last updated on February 19, 2019 Views: 547 Comments: 0
The online world is becoming less and less private. It’s hard to know who’s spying over your shoulder, or worse, when hackers can attack. Then there’s the matter of gaining access to all your favorite shows from abroad with ease. Now there are ways you can get around both of these issues, and it comes down to comparing your options of using a VPN or DNS. So who will come out on top in the VPN vs DNS battle?

Two of the most pressing concerns for users browsing the internet nowadays is safeguarding anonymity and having the ability to access all corners of the web – including bypassing geo-restricted content. These two things are becoming more and more accessible. In fact, there are numerous ways to conceal your online identity and gain access to geo-restricted content.

Two of the most tried and tested methods are those of a VPN and Smart DNS. One of these methods is will allow users to totally hide their IP address, guaranteeing total anonymity as well as access to geo-restricted content, the other can only accomplish the latter. But which is which? Moreover, what actually is a VPN and Smart DNS? How do they differ, and which one should you choose? If you want to know which one comes out on top in the VPN vs Smart DNS proxy battle, read on to find out more.

You may have heard the term ‘DNS’ floating about the internet, many of us may have even required reserving a domain name, especially when creating a brand new website. For those of you still wondering what it actually is, DNS stands for Domain Name System. A DNS plays a key role on the internet, providing a means to match names (such as a website) to numbers (the website’s address). You can think of a DNS as you would your phonebook – it would be extremely difficult to remember all the phone numbers in your contacts list, and so instead you simply click their name in your phone. You can think of the phone number itself as the IP address, and the Domain Name as the contact name. Rather than remember a websites long numerical IP address, it’s much simpler to remember a domain name like domainname.com for example. A DNS syncs up IP addresses and domain addresses to each other, acting the same way as an address book.

Moving onto a Smart DNS…

Now you know what a DNS is, you may be wondering what is smart DNS? A smart DNS has the ability to change the DNS of whatever device you are using. Your data is re-routed through a chosen proxy server (which could be located anywhere around the world). This enables the user to gain access to websites and services that are geo-blocked when using their regular DNS, due to location and copyright restrictions. Users would, therefore, be able to access and download restricted content in their country. These kinds of DNS’s are not free and are advertised to users as a “Smart DNS.”

As for what is smart DNS, you’re more clued up: but, for those now wondering what is a proxy DNS server:

How Does a VPN differ?

Also known as a Virtual Private Network, a VPN uses an encrypted tunnel to encrypt all internet traffic and browsing on a users device. This protects and hides ones online activity as well as concealing their online identity – by hiding their true IP address. This fully protects your data and keeps you safe from cybercriminals. Like a smart DNS, with a VPN, users can connect to various servers located all over the globe, in order to access geo-restricted content should they wish. There are many types of VPNs, using different levels of encryption technology, but the majority will do a good job of keeping a user’s online activity totally anonymous. On top of this, VPNs are highly compatible with all devices on the market.

To Stream or not to Stream? VPN vs Smart DNS

Both a VPN and Smart DNS can gain access to geo-blocked content around the world. So which one is better? The question shouldn’t so much relate to which is better, but more, which one a user would prefer. Seeing as both can get the job done when it comes to streaming Netflix, BBC iPlayer, Hulu or any other streaming service, the difference comes when discussing privacy. A Smart DNS will only change a devices DNS, to make it appear as though the user is located in the desired country, to access the needed content. It does not, however, provide an encrypted tunnel like a VPN does, and physically change the users IP address. With a VPN, the data is fully encrypted, making the connection totally private and anonymous. Due to a Smart DNS disregarding the need to encrypt data and make the connection secure, the connection between device and website are faster than that of a VPN tunnel. Despite this, we would still recommend using a VPN for streaming geo-restricted content to keep your traffic secure.

Which Is Best for Privacy? VPN vs Smart DNS

A Smart DNS totally disregards the need to encrypt data, making the connection easily visible by third parties, not to mention the government. A smart DNS will simply change your DNS settings, but fail to reroute your traffic through an external server (like with a VPN). Though this results in streaming being slightly faster than with a VPN, it also means that it is totally un-secure. For those who wish to conduct all of their streaming, downloading and website browsing in general in total privacy, we would highly recommend doing so through a VPN.

Some of the top VPN providers such as ExpressVPN and NordVPN, use military grade encryption and do not keep logs of their users. On top of that, IP addresses remain hidden at all times so that searches cannot be traced back to the user – meaning, users have free reign to browse the internet in private. Strong VPNs also come with an inbuilt kill switch, to ‘kill’ your connection should the server ever drop. A nifty feature to again, keep your privacy and security at the forefront. So when it comes to VPN vs Smart DNS proxy, we would say that a VPN comes out on top.

With all of that being said, when comparing VPN vs DNS, using a VPN emerges as the undisputed winner due to its privacy and security advantages over a smart DNS. While a Smart DNS may occasionally stream content faster than a VPN (depending on the VPN used), it totally fails in regards to changing a users IP address thus compromising security.

The security and privacy of a VPN provider outweigh the minor speed disadvantage. By choosing a reliable VPN provider, you will not only be able to access any of the geo-restricted content you desire, but you will be able to do so with full confidence that no one else is peering over your shoulder. So which will you choose – VPN or DNS?