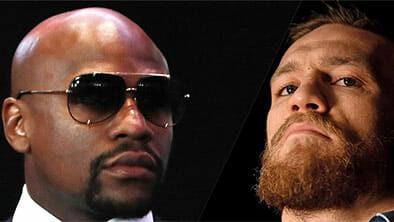 How to Watch Mayweather vs McGregor Live Stream at Low Cost

Written by James Milin-Ashmore
Last updated on December 29, 2019 Views: 547 Comments: 0
Summary: You might be blocked from watching the McGregor Mayweather live stream due to geo-restrictions. But using a VPN will allow you to watch the fight from anywhere in the world, and could also save you a lot of money on the outrageous pay-per-view fees being charged to US residents.

In this article we’ll give you all the details you need to know about the when, where and ‘how much’ for the fight, and the steps you need to take in order to watch it with a VPN. Our recommended VPN for live streaming is ExpressVPN, but we’ll also give you some other good VPN options as well.

First, let’s take a look at the key details you need to know in order to watch the fight online:

Mayweather vs McGregor Date of Fight

Where to Watch the Mayweather vs McGregor Live Stream

Where should you go to watch? We’ve listed regional providers below.

If you don’t live in one of the above countries/regions, there’s no need to panic. With a VPN you can access the McGregor vs Mayweather live stream of your choice, just by connecting to a server in any of the countries above.

Cost to Watch the Mayweather vs McGregor Fight

Sadly, stateside Americans will have to shell out big bucks to watch the broadcast via traditional channels. Showtime’s standard Mayweather vs McGregor pay per view cost is an eye-watering $89.99, while HD will set you back by $99.99. Yet there’s a clear discrepancy when it comes to pricing outside the US. Audiences in the UK, for instance, are offered the fight at a cut-price fee of £19.95 ($25.00) via Sky Sports.

Roughly $75.00 is a hell of a difference. But you don’t have to pay $100 to watch the spectacle in the glory of HD. It’s easy to use a VPN to watch Mayweather-McGregor online, no matter where you are, for an affordable price.

VPN providers are a great way to watch online sports with less restrictions. They can be used to change the location of your IP address, which allows access to geo-blocked international content. For this event you can buy the PPV via cheaper international broadcasts, as long as you sign up fort the broadcast while using a VPN. This will save you roughly 75% on the fight fee.

The most trusted VPNs include ExpressVPN and NordVPN, while IPVanish and CyberGhost also have numerous UK servers. They’re all notable for their great server speeds, which will ensure a smooth viewing experience for the Mayweather vs McGregor live streaming event.

Below are the steps you need to take in order to watch the fight with a VPN:

Each of the recommended VPNs above have been designed with ease of use in mind, so there’s no need to worry if you’re not the best with computers.

How to Watch Mayweather vs McGregor for Free?

It might be tempting to skip the VPN and spend hours looking for a Mayweather vs McGregor free live stream on illegal streaming sites, or on apps like Periscope and Meerkat. But Showtime is being extra-vigilant about hunting down these illegal platforms, and it’s possible that they’ll even be cut off halfway through the fight.

The legal, suggested streaming services, combined with a VPN, can give you a high-quality broadcast. You’ll have to pay a small monthly fee to sign up with the VPNs recommended above, but they’re among the best VPNs for sports streams, and they’ll help you access premium online content long after the Mayweather-McGregor fight ends. It’s important to note that you can also take advantage of some free VPN services, via a test trial before purchase.

Don’t Miss the Fight of the Millennium

Whether you see it as a freak show, or an incredible athletic contest, there’s no denying that the Super Welterweight bout will have the entire world watching. Will Mayweather’s 49-0 streak come to an end, or will McGregor fail to land against one of the greatest boxers of all time?

When it comes to watching Mayweather vs McGregor streaming, a foreign broadcast and a VPN might be the best combo of the night.

< Previous Best VPN for Watching Twin Peaks
Next > Home Alarm Systems: Should You Go for DIY or Professional Installation?